Everything you need to know about the Beckham Law in Spain

Royal Decree 687/2005 is more commonly known as the Beckham Law. British footballer, David Beckham was one of the first to benefit from this special regime, taxed as a non-resident when he was employed by Real Madrid in Spain. 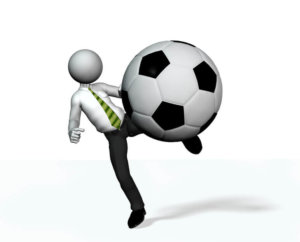 However, natural persons who become tax residents as a result of their stay in Spain may still choose to pay the non-resident income tax.

This decision can be made during the tax period in which the individual becomes a tax resident in Spain. It can also be made in the following five tax years, provided that a series of requirements is met:

A) That they have not been residents in Spain during the ten tax periods prior to the one in which they are settling in Spain.

B) That the settling in Spain occurs as a result of any of the following circumstances:

B1) As a result of an employment contract, with the exception of the special employment relationship of professional athletes regulated by the Royal Decree 1006/1985, of June 26.

B2) As a consequence of the acquisition of the status of administrator of an entity in whose stock capital he or she does not participate or, to the contrary, when the participation in the same does not determine the consideration of a related entity in the terms foreseen in Article 18 of the Law on Corporate Tax.

C) That he or she does not obtain income that would be considered obtained through a permanent establishment in Spain.

How to proceed to qualify for this special tax regime?

To qualify for this option, you must submit Model 149 to the tax administration. The declaration of the non-resident income tax will be completed using Model 151.

What tax rates apply to the income of taxpayers under the non-resident income tax?

Welex, your lawyer and economist under one roof. Do not hesitate to contact us if you require consultation regarding fiscal, accounting, commercial or legal issues.