Blow to the inheritance and donation tax in Andalusia

Inheritance tax news in Spain!. Welex, Tax law firm in Marbella has the pleasure to inform you about a drastic change in Spanish Inheritance and donation Tax in Spain. 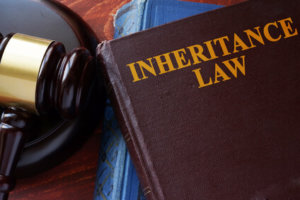 Welex, Law firm and team of accountants in Marbella are informing you about the future regulatory change which will lower the inheritance and donation tax in Andalusia, Spain.

The past 20th of September 2017 a historical moment happened in the the inheritance and donation tax Andalusian. The Inheritance and Donation tax is a state tax that is currently transferred to the Autonomous Communities to finance health, education and social policies. The Andalusian political forces have reached an agreement to reform the tax, making a considerable reduction of the same, thus putting an end to the great controversy created between its supporters and oppositors.

This measure aims to eliminate the inheritance tax in Andalusia for direct heirs, that is from parents to children.

The main modification agreed is the exemption of 99% of the tax for inheritances of less than one million euros for direct heirs.

In addition, the amendment involves increasing the existing autonomous reductions in tax bases of heirs with a recognized disability equal to or more than 33%.

As for the donation tax in Spain, the reform will establish the exemption of donations of less than one million euros from parents to children, aimed at the creation of companies or jobs.

One factor to take into account is that this measure will not only benefit all Andalusians, but will also affect anyone who owns a property or a company in Andalusian territory.

This measure will ensure that 95% of the people affected by this tax, will not have to pay.

However, as the corresponding regulatory change is still pending, the following rule is still in force: If you inherit up to 250,000 euros from a direct relative you do not have to pay absolutely any inheritance tax. In addition, it is necessary to clarify that the volume of inheritances must be distributed by all heirs. That is to say that if a father leaves his four children 1 million euros, they do not have to pay anything. Higher amounts are subject to taxation.

Do not hesitate to contact our office of lawyers and accountants in Marbella if you have any questions or want to make any inquiries regarding the inheritance and donation tax in Andalucía, Spain.