Welex, your multilingual lawyer and accountant in Spain under one roof. Do you own a company in Spain? Are you willing to set up a Spanish company? Watch out beneficiary ownership of a company in Spain has to be declared in the corresponding annual accounts! 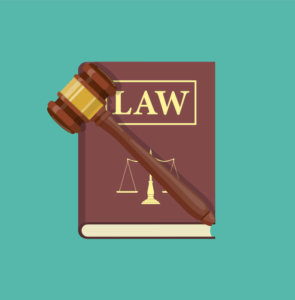 law in spain, law in marbella

ORDER JUS 319/2018, 21st March, approved the new forms for the presentation at the Mercantile Registry in Spain of the annual accounts of the subjects bound to its publication; this law brings an important novelty in that it may be considered outside the scope accounting because of it requiring a ‘declaration of the real ownership’ of mercantile companies in Spain.

This Spanish  ministerial order was brought about by Directive (EU) 2015/849 on the prevention of the use of the financial system for the purposes of money laundering or terrorist financing.

This law is not an obligation for all Spanish mercantile companies because it is limited to companies domiciled in Spain whose owners are natural persons (either directly or indirectly) of more than 25% of the share of capital or voting rights of the company or who, by other means, exercise control, direct or indirect, of the management of the same company.

The control of a company in Spain is exercised by the person who has the majority of the voting rights and/or who has the power to appoint members of the board of directors.

Spanish Companies that are owned by other legal entities must identify the ultimate real owner or ‘ultimate beneficiary’.

For qualification by the commercial registrar, this statement must be presented together with the annual accounts of the years closed from the 1st of January 2017.

The data contained in this declaration are subject to the rules of the formal advertising of the Mercantile Registry in Spain (requesting a certification to the registrar), as well as the rules on the protection of personal data.

This process of identification of the real ownership seems to be a kind of duplicate of a formality that has already been established in Spain by Article 9.6 of the Money Laundering Regulation, where the real ownership of all companies must be filed in the Real Ownership Database.

It must be said that this order has been judicially when it considering that it goes against the right to privacy of small- and medium-sized businesses. We will see what is left after the resolution of the appeal.

We are Welex, multilingual and motivated company lawyers in Marbella, Málaga, Spain. Welex, efficient accountants in Marbella speaking your own language.

Do not hesitate to contact our law firm in Marbella for any legal and tax advice you or your company needs in Spain.

At Welex, you will find motivated and efficient accountants who can provide you and your company with tax representation services