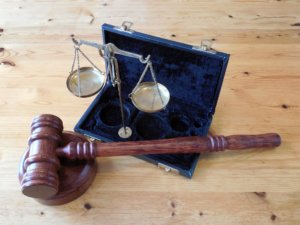 The jurisdictions of the courts in Spain in the criminal field. Everything you need to know about the first stages, by Welex, your criminal defence lawyer in Marbella

By Welex, your criminal defence lawyer in Marbella! In a criminal case, the choice of best Criminal Defence Lawyers will have a large impact on your case.

Trust the Criminal Defence Lawyers of our law firm in Marbella.  We will bring you extensive experience and expertise acquired over many years.

In our previous entry we approached the jurisdictions of the courts and tribunals in the criminal field, drawing the normative framework to focus on the regulation established in the Law of Criminal Procedure.

In the following lines we will know in detail the regulation that the aforementioned law establishes in its articles, leaving aside the jurisdiction of international courts and tribunals, which will be the subject of individualized treatment in another blog of this criminal law firm in Marbella.

As we pointed out in the entry that precedes this blog, criminal jurisdiction in Spain is defined as non-renewable, granting jurisdiction also, for the incidents, to carry out the orders and for the execution of the sentence, without prejudice to what is established in article 801 regarding the conformity rewarded in the field of the quick prosecution of certain crimes.

An exception, which we will not deal with in detail here, is the judgement of charters.

Article 13 provides that the first steps to be taken by the court, which is called upon to investigate the offence, are regarded as first steps:

“The first steps are considered to be the recording of evidence of the offence that may disappear, the collection and custody of evidence leading to its verification and the identification of the offender, the arrest, where appropriate, of those allegedly responsible for the offence, and the protection of those offended or harmed by the offence, their relatives or other persons, for which purpose the precautionary measures referred to in article 544 bis or the protection order provided for in article 544 bis of this Act may be granted”.

Apart from the cases expressly and limitedly attributed by the Constitution and the laws in Spain to specific judges and courts, investigating judges shall be competent to hear and pass judgement on trials for minor offences in Spain, unless it is the case that judges for violence against women are responsible. The peace judges are also responsible for hearing certain minor offences.

For offences carrying a sentence depriving them from liberty less than five years and fines of any amount, or any other of less than ten years, as well as minor incidental offences, the criminal court of the district where the offence was committed shall have jurisdiction, or of the district of the court of violence against women, or the central criminal judge, if it corresponds to the offences that are to be investigated by the central investigating court, without prejudice to the jurisdiction of the investigating judge on duty in cases of judgments pursuant to article 801 of the Criminal Code. This jurisdiction is understood with the exception of the jurisdiction attributed to the jury court by the law governing that court.

In the next blog we will go deeper into this complex and very important matter of the jurisdiction of the criminal court.