The place of the commission of the crime as a basic principle for the attribution of jurisdiction in Spain. Criminal lawyers in Marbella will inform you.

By Welex, your criminal defence lawyers in Marbella and multilingual barristers inSpain 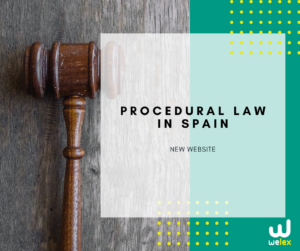 Of all the investigating courts in Spain, how do you determine which one is competent to investigate a case in a judicial district? This is known as territorial jurisdiction. In these lines we will address the so-called forum comissi delicti, or place of commission of the crime as a basic principle for the attribution of jurisdiction.

Thus, the investigating judge of the place where the offence is committed will be competent to investigate the offence. However, the apparent transparency of this principle of attribution of jurisdiction is not without conflict situations, such as continuous crimes, those committed simultaneously in several places and those committed by the media.

In the event of a conflict between the various courts mentioned above, the order indicated in this article shall be preferred, and they shall defer to the court or tribunal where the offence was committed as soon as they know where it was committed.

Do not hesitate to contact on of our criminal litigation lawyers in Spain and barristers in Marbella now!

An exception to this criterion is made by the Act on violence against women, 1/2004 of December 28, which introduces an article 15 bis conferring jurisdiction on judges for violence against women in the victim’s home, without prejudice to the urgent protection measures mentioned in article 13 of the Act itself, which may be taken by the investigating courts.

As you will have seen, determining the court called upon to investigate or to hear and determine the case is a complex task, the failure to comply with which may result in the legal system imposing penalties of no less than nullity of the act.

Therefore, do not hesitate to contact Welex and we will assist you in this complicated but exciting task. Welex, your criminal defence lawyers in Marbella.