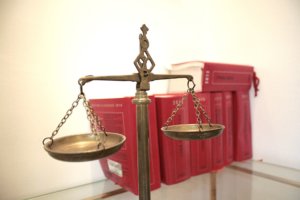 Have you suffered any crime in Spanish territory? Have you witnessed a criminal act being committed in Spain and you don’t know where the facts may be investigated? In the following lines, the English speaking criminal lawyers at our offices in Marbella will give you a first approximation to the jurisdiction, determining the body in charge of the investigation of the facts that could have criminal characteristics.

Do not hesitate to contact Welex, your criminal law firm in Spain. Approach our English speaking criminal lawyers in Marbella, the heart of the Costa del Sol, Spain.

Matters of jurisdiction are an essential element in the investigation of a criminal act, because knowledge of the case by a judicial body that is not called upon by law to carry out an investigation or to prosecute and rule on the case could render that procedure null and void, since it violates the provisions of Article 117 of the EC, as well as Article 24(2) of the EC, and the right of the ordinary judge predetermined by law, which implies that the judge must determine the criminal act before it is committed, outlawing what are known as ad hoc courts.

Within the criminal jurisdictional order we must resort to three essential rules for the determination of competence, namely, Organic Law 6/1985, dated on July 1, of the Judiciary; Law 38/1988, of December 28, of Demarcation and Judicial Plant and the Royal Decree of September 14, 1882 approving the Law of Criminal Procedure.

Focusing on the latter law, Title II of the jurisdiction of judges and courts in criminal matters, and Chapter I of the rules by which jurisdiction is determined, and comprehensive of Articles 8 to 18 of that rule, allocating the last articles to those known as related crimes, y that due to its complexity and importance we will dedicate an exclusive blog to it.

Firstly, the Criminal Procedure Act states that criminal jurisdiction cannot be extended. This statement implies that the jurisdiction of the courts and tribunals of the criminal justice system may not be extended to matters which, for objective, subjective, territorial, functional or jurisdictional reasons, do not fall within their competence, nor may they be replaced by any other body. As we will see, the Criminal law itself exempts this principle from the sole effects of repression, which we will study in detail in another entry of this website.

Welex, a firm of criminal lawyers in Marbella, can assist you in determining the competent court in Spain, thus avoiding that suffers from a nullity defect, thus frustrating your legitimate expectations that as a victim or injured party you may have suffered.

Look for our second blog on this subject in which we will delve together into the exciting world of jurisdiction in the criminal justice system in Spain.