Legal effects of Powers of Attorney granted out of Spain

Relevant information with regards to POA in Spain are mentioned at the Spanish Resolution of September 14th, 2106 of the so known Dirección General de los Registros y del Notariado

Do you wish to sell your property in Spain? English speaking Spanish lawyer in Marbella wish you to line out the following to take into account at the time of using a Power of Attorney in Spain. 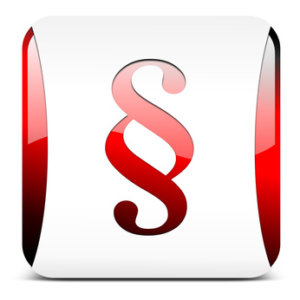 In the event you are a British citizen living in the United Kingdom who owns a home on the Costa del Sol and wish to sell the property but it is impossible for you to travel to Spain to appear before a Spanish Notary to grant the Sale Title Deed because of health circumstances.

In this situation, the only way to complete the sale of your in Spain is by granting a Power of Attorney before a “Notary Public” in the United Kingdom in favour of who is able to attend at the Spanish notary at the time of the sale.

In general terms, the Power of Attorney granted abroad (out of Spain) will be equivalent to the Spanish one, if the following elements are present:

– That the Power of Attorney needs to be authorized by one who has in his country the competence to grant public documents (notarized public faith).

– That the “notary” guarantees the identity and capacity of the grantor for the legal act or business in question.

However, the resolution of the Public institution that controls the Land Registries and Notaries in Spain known as Dirección General de los Registros y del Notariado dated September 14th, 2016, understands that documents issued before English “Notary Public” are equivalent to a simple legitimation of signatures of the person granting the document, without this “Notary Public” awards a capacity judgment.

Unbelievable, but this means that there would be no equivalent of functions of the public official (UK notary public) and the Spanish notary, so the Power of Attorney granted before that would not have legal effects in Spain and the sale of the property cannot be completed.

It seems that this resolution of the Public entity that rules the public Registry´s and notaries in Spain has raised some doubts about the granting and use of Powers of Attorney granted abroad.

Dear reader, contact our law firm in Marbella now if you have inquiries in the granting of a Power of Attorney in your country of origin to be used in Spain, where we will advise you conveniently