By WeLex, your leading law firm in Spain! 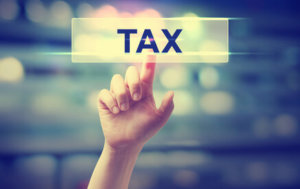 Being a non resident and owning a property in the Spanish territory you will be subject to the Non Resident Income Tax.

When the property is owned by more that one person regardless if are married on not, each owner will be treated as an independent taxpayer and therefore each owner should file its own personal tax form.

The income is accrued at the end of the tax period , 31 of December and required to be submitted during the following 12 months.

Tax rate in forced (as per published date):

The income declared should be the full amount received by the lessee without deducting any expenses.

To calculate the tax base due please note that only Residents in the EU, Iceland & Norway can deduct some expenses as long as this expenses can be linked directly and inseparable from the lease activity and therefore completely linked to the income received from the Spanish property.

The tax form should be submitted on a quarterly basis including the income due for the period whether it has been received or not by the owner.  And, other amounts actually received even if this corresponds to income from another future period.

Tax rate in forced (as per published date):

Do not hesitate to contact our leading law firm in Marbella now! WeLex, English  speaking lawyers and accountants under one roof!.