Welex, your leading law firm in Marbella has the pleasure to write some lines about the Wealth Tax in Spain. 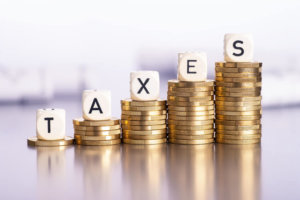 The Wealth Tax in Spain (also called capital, equity or fortune tax) is a Tax that is applied individually, not on annual income or transactions, but on the personal assets of each individual which include among others: bank deposits, real estate and pension plans, and the calculation is based on the total value of these assets of the taxpayer.  In the case of non residents the calculation will include all the assets held in Spain.

On 2008 the Spanish Wealth Tax was eliminated by the introduction of a 100% bonus with the Law 4/2008 published on December the 23rd. But this did not last long as on 2011 due to the economical crisis the tax was re-established temporarily and since then it has been renewed on an annual base including the one which corresponds to the period 2018 which was approved and published by the Official Gazette on 4/7/18 by the Law 6/2018 of July 3rd.

As a general rules of the Wealth tax in Spain:

The Spanish Wealth Tax is accrued annually on the 31 of December and the tax return should be presented and paid six months after being this before the end of June of the following year.

The obligation to summit the tax return fall to all taxpayers with a positive result and also to taxpayers whose assets and rights have values greater than 2.000.000 € even if their tax returns are negative and therefore, with no payment due.

The Wealth Tax in Spain is applicable throughout the Spanish National territory, although each Autonomous Community can regulate the minimum exempt, the tax rate, deductions and bonuses provided they are compatible with the State standard.

The law determines two types of taxpayers according to their fiscal residence:

Non resident residents on the EU, Iceland & Norway had to apply the rates where most of their assets where located, but these proved to be unfair as some Autonomous Communities had higher rates than others, so it was agreed that this could choose between the State scale of the Autonomous.

Do not hesitate to contact our leading law firm in Marbella now! Spanish Accountants and lawyers that speak your own language under one roof!.