The ordinary judge predetermined by law in Spain

The judge in Spain

The Spanish Constitution configures the judicial power as an independent power, being the only power of the State to which the name of power is given. 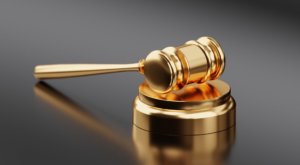 The ordinary judge predetermined by law in Spain

The Spanish judicial system configures as one of the essential pillars of the Administration of Justice the determination of the ordinary judge predetermined by the Spanish law, as a preposition of the jurisdiction and arising directly from the separation of powers.

“Of the Judicial Power”, being the only power of the State to which the name of power is given. Neither the executive, represented by the State Government, nor the legislative, by the general courts, enjoy such an honour.

The aforementioned article 117 of the Spanish Constitution deals with the judicial power and the exercise of the jurisdictional function which, due to its importance, deserves a literal transcription

“Article 117 of the Spanish constitution law

However, it is not only an element of the judiciary, but also a fundamental right for citizens. In this regard, Article 24.2 of the Constitution states that

“Article 24.2 of the Spanish constitution law

Spanish law shall regulate the cases in which, for reasons of kinship or professional secrecy, there shall be no obligation to testify about allegedly criminal acts”.

The conjunction between both precepts has been addressed by the Constitutional Court on countless occasions, from which we can draw the following consequences:

1º the judicial body called upon to hear a particular case must have been created and its criteria for conferring jurisdiction established before the occurrence of the act being prosecuted.

2° shall be regulated by law, prohibiting the possibility of inferior regulations.

4° in the competent judge or court in Spain must comply with the requirements indicated in the first paragraph of Article 117 above, reaching, although with less rigour, the composition of the collegiate bodies.

The sanction for the no observance of the requirements indicated above can produce the nullity of the process, in addition to the imposition of the disciplinary regime for the Judge or Magistrate.

In the next entry of this blog we will address the procedure for the challenge of judges and magistrates in the civil field, a procedure that extends the law to any court.

Find a lawyer specialised in procedural law in Spain. Able to give you the service you seek. Do you need a good procedural lawyer in Marbella? Contact Welex now! Legal advice and defence in procedural law, through the procedural department made up of lawyers with a lot of experience in court!