Practical case on VAT of a construction company in Spain

By WeLex, your English speaking accountant in Spain!

Do the invoices of a constructor in Spain accrue VAT? And what if the client is a German company that has an intra-community VAT number? 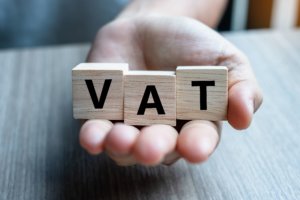 WeLex, your multilingual law firm and team of accountants in Marbella, has the pleasure of explaining to you a practical case on one of the most complex taxes in the Spanish legal system. WeLex is your efficient VAT specialist in Spain.

The invoices issued by the Spanish entrepreneur to the German client are subject to 21% Spanish VAT. Now, the question to be clarified is: who is the taxpayer, or responsible person, for that VAT before the Spanish Tax Agency?

The services described above will fall, in principle, – because the end user is a company or professional – under the general rule of Article 69 of the Law on VAT; that is, the taxes will be paid in the country where the end user exercises his activity, in this case being Germany.

However, it is necessary to take into account the special rule established in Article 70.1.1º of the Law on VAT in Spain, which establishes that services related to real estate located in Spain will be understood to be rendered in the territory of application of the tax (Spain). This implies that, in principle, if the requirements that I will expose in the next paragraph are not met, the invoices should have been issued by the client with VAT at the rate of 21%.

Now, there is another exception to the previous rules, which is established in Article 84.1.2º f of the Spanish Law on VAT in Spain. This article establishes that the taxpayer of the VAT will not be the entrepreneur who issues the invoice (for works carried out on real estate or for the construction of properties), but the end users of the same:

What is established in the previous paragraph will also apply when the end users of the operations are in turn the main contractors or other subcontractors under the conditions indicated.

Finally, we need to comment that the invoice refers to Article 196 of the German VAT law, when what should have been transcribed is the article corresponding to the Spanish VAT law. This article of the German VAT law states that the taxable person in cases of service-rendering is the company receiving the services, when the invoice is issued by an entrepreneur from another member state (intra-community services rendering, according to rule of Article 69 of the Spanish VAT law), a legal precept that is not applicable, as provided for in Article 70.1.1º

As you can see, the Spanish VAT tax law is not simple at all.

If these invoices are provided as such, the Spanish Tax Agency may demand VAT income plus penalties and interest for late payment. If, instead of referring to Article 196 of the German VAT law, one makes reference to Article 84.1.2º. f, there may be a loophole. The Spanish Tax Agency may require additional documentation; that is, that the entrepreneur will have to provide the contract for execution of work signed between the parties, or any certificate or document written by the German company to report that we are talking about construction or refurbishment of buildings.