Preliminary rulings in the criminal field in Spain 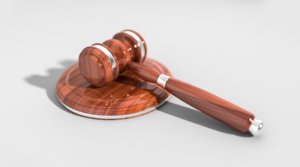 Jurisdiction for the sole purpose of repression

By Welex, your criminal lawyer in Marbella!

In this scenario, and in front of the complexity of the criminal definitions, which on many occasions make it necessary to define the regulatory elements of the criminal definitions, the need arises for the judicial body to deal with these elements solely for this procedure. This question is covered by the Spanish law of criminal procedure in Chapter II, Title I of Book I, under the heading “Preliminary rulings”, to which the law devotes only 5 articles.

This, the matter referred for a preliminary ruling will mean that the court must choose between referring the matter to the natural judge or, on the contrary, assessing it within the framework of the criminal proceedings, without this implying that the effects of res judicata on what has been decided will materialise. Thus, we can observe up to 4 types of preliminary ruling matters depending on whether they can be resolved by the criminal judge or not, namely, devolution or non- devolution, and within the latter, absolute or relative.

Thus, Article 3 of the above-mentioned Spanish law states that

“As a general rule, the jurisdiction of the Courts responsible for criminal justice extends to the settlement, for the sole purpose of prosecution, of civil and administrative matters raised by reason of the acts being prosecuted, where such matters are so closely connected with the punishable act that it is rationally impossible to separate them”.

The article in question empowers the judicial body to deal with the above-mentioned matters solely for the purposes of prosecution, i.e. for that specific criminal procedure.

“Notwithstanding the provisions of the preceding two articles, civil matters referred for a preliminary ruling concerning the validity of a marriage or the termination of a civil status shall always be deferred to the judge or court which must hear the case and its decision shall be based on that of the criminal court”.

By way of exception, the first two paragraphs of Article 4 set out the relative refundable preliminary ruling which the criminal court may hear in the event of inaction by the parties. These paragraphs provide that

“However, if the matter referred for a preliminary ruling is one of guilt or innocence, the criminal court shall stay the proceedings until the matter has been resolved by the person concerned; but it may set a time limit not exceeding two months for the parties to apply to the competent civil or administrative court or tribunal.

Once the period has expired without the interested party proving that has used it, the clerk of the court shall, by means of a procedure, release the suspension and continue the proceedings”.

We will not rise in these lines the preliminary rulings raised in the context of other types of proceedings, the treatment of which we differ from other entries on this page.

Finally, the matter of the constitutional preliminary ruling and the Community reference for a preliminary ruling, the treatment of which is laid down in its specific rules and which has devolutive and suspensiveeffects, are raised outside the above- mentioned rules.

Have you been involved in a criminal matter in Spain? Do not hesitate to contact our law firm in Marbella! We will treat your affairs with the utmost confidentiality!

In addition, from our offices in Marbella we give assistance to the prisoner 24 H, Gender violence, Alcoholism! Contact now your English speaking criminal law firm in Marbella!