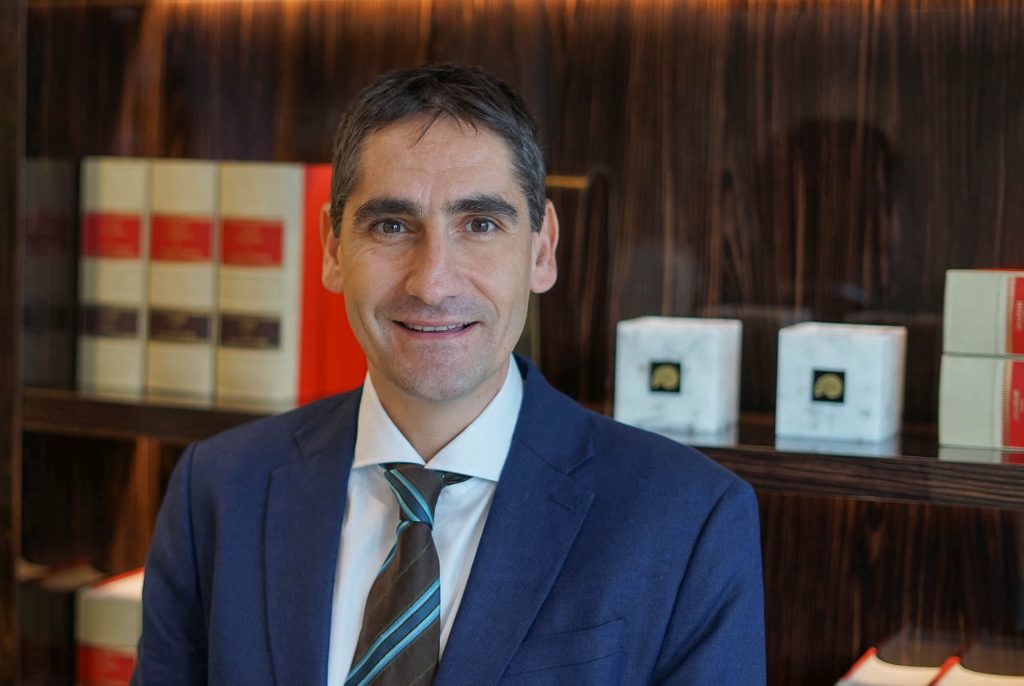 Wills and inheritance lawyers in Marbella

At Welex, wills and inheritance lawyers in Marbella, we provide you advice on how to draw up and execute your will before a Spanish notary so the will is executed per law and fulfils all formal requirements applicable.

Our legal advisors in Marbella provide you the following services:

Avoid worries and unease. At Welex, wills and inheritance lawyers in Marbella, we reassure you that you have all the necessary documentation to proceed with the acceptance of the inheritance Title Deed in Spain.

Our lawyers in Marbella will guide you throughout the inheritance procedure in Spain, offering you personalised treatment to resolve your doubts and attend to your needs.

Leave the acceptance of your inheritance in Spain in our Marbella law firm: our professionals are perfectly equipped to handle a clear and secure procedure.

Welex: committed to legal excellence in Spain. Contact us for further advice.

Changes in the Spanish inheritance tax in Andalucía, Spain

As of January 1, 2018, significant changes in the inheritance tax took effect in Andalucía, Spain. These changes affect both residents and non-residents who own properties such as vacation homes here

The recent reforms of the Spanish inheritance tax in Andalusia allow that in most cases the spouses, children and parents will no longer have to pay this tax

There is good news for residents in Andalucía: the Andalusian community has gone from being the most expensive in relation to the inheritance tax to one of the cheapest, taking into account that a large part of the British people registered in Andalusia resides in some municipality of the Malaga province, one of the main English destinations in Spain. From Marbella, we offer advice to any query on the Spanish inheritance tax in Andalusia.

When the new regional budget for Andalusia came into force on January 1, 2018, it brought a significant change for the inheritance and gift tax. The purpose of the change is to protect nearby families from this tax, especially in transfers due to decease (i.e., inheritance).

Confirmation of the blow to inheritance and donation tax in Andalusia 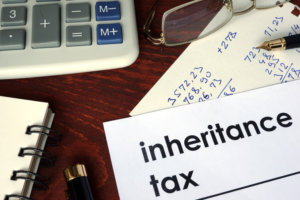 Welex, your law firm and economists in Marbella, is pleased to confirm what was already mentioned in our previous article “Blow to the inheritance and donation tax in Andalusia.”

Law 5/2017, of December 5th, approves the general budgets for the Autonomous Community of Andalusia for the 2018 fiscal year. It is worth highlighting an important advance included in the reforms related to the Inheritance and Donations Tax.

According to this law, tax benefits for the inheritance and donation tax in Andalusia are provided to the direct heirs and include:

Our advice: Have a will drafted in Spain

If you are a resident of a country within the European Union and have properties in Spain, it may be in your best interest to grant a will signed by a notary in Spain. Although it is not compulsory, it is very advisable.

Below we present some advantages and benefits to having a Will that was granted in Spain.

1. With the enforcement of the European Regulation No. 650/2012 of 4 July, which regulates the competences, applicable legislation and the execution of resolution and public documents in matters of succession and the creation of a succession certificate at the European level, it is advisable to leave expressly designated by testamentary disposition which legislation you wish to be applicable to your succession, either the law of your nationality or the law of your last residence. A will in Spain would allow you to make these decisions clear prior to your death. 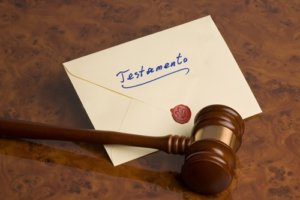 2. Even if you have a will granted in your country of residence or nationality, sometimes their interpretation and application in other countries can be misconstrued. In addition, your heirs must legalize your foreign will to prove that it is indeed your last one, which means that it must be translated into Spanish. Your heirs will also need to obtain the Apostille of the Convention of Le Hague. This process can be very cumbersome, we assure you.

Criterion of nationality or residence in matters of succession in Spain

The Regulation of European Union in matters of Succession No. 650/2012 of 4 July regulated the jurisdiction, applicable law, recognition and enforcement of resolution and public documents in matters of succession and the creation of a European Certificate of Succession. 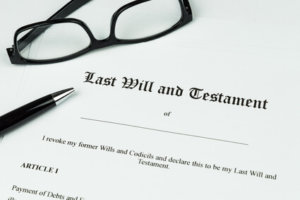 This Regulation 650/2012 and its regulation of execution is for direct application by all Member States of the European Union from 17 August of 2015.

There is no doubt as to the practical consequences that this regulation has on the succession for all citizens of the European Union in determining that the law applicable to the whole of the succession will be that of the State in which the deceased had a habitual residence at the time of death.

For example, if a French national residing on the Costa del Sol has not drawn up a Will either in France or Spain, the law applicable to his succession after his death would be the law of his or her residence (Spanish law).

How can we help you through the inheritance process in Spain: Procedures and taxes

On the website of this English speaking law firm in Marbella, we have already explained quite a lot on the legal aspects which our clients are faced with. This is also the fundamental aim of our blog: to explain more into detail subjects that might, a priori, seem laborious to let’s say people who do not have legal studies. 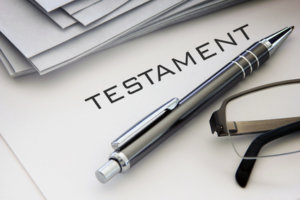 Today we will specifically focus on different aspects of the inheritance process in Spain, the procedure and taxes and how our inheritance lawyers in Marbella can be of help in counselling on all that is related to your issues on inheritance.

It is very important that the law firm that helps you in your case has a profound knowledge on the Spanish legislation and the inheritance process in Spain to avoid unpleasant surprises. Our expert advisors will resolve all your doubts as soon as you contact them. Nevertheless, on our recently launched website, you will find already quite some information.

How to get a copy of a Will in Spain?

The main issue to be taken into account when obtaining a Will in Spain or its authorized copy and to know whether or not there is a Will, is to know whether the deceased person left his last Will recorded in some kind of deed in Spain.

The certificate of last Will that we need to obtain will accredit whether a person has authorized his Will in Spain and before which Notary Public this has been executed. Therefore, the first thing we need to do is to accredit the death by means of the original death certificate. Where can we obtain such certificate? The Civil Registry that has issued the decease of the deceased person will provide you said certificate without any problem.

To apply for the deed of last Will in Spain you must not only provide the notary with the death certificate, but you must also pay some administrative fees at the corresponding bank. Nowadays, said fees ascend to approximately three euros and seventy cents. You must also fill in the form 790 that you can obtain at the provincial department of the tax office.

With this documentation and the proof of payment of the fees, you can apply for the Certificate of last Will and you will know whether the deceased had authorized a will or not. In case the deceased person had authorized a last Will in Spain, you will get to know before which Notary and on which date. Said certificate can be obtained at the territorial department of the ministry of Justice, Civil registries, central client service office or any other body that is allowed to issue the certificate.

Everything you need to know about donations in Spain

Economic donations or donations of properties in Spain, which are understood as an assignment and free acceptance in which a person assigns money or property to another person, is regulated under the inheritance and donation tax in our Civil Code. The main difference between a donation and an inheritance is that, under the donation, the gifted property or asset is owned immediately by the recipient, while this is not the case when a person leaves property to another individual by means of a will.

Typically speaking, gifts are made to relatives or friends, but they can also be made to ONGs and foundations. In the latter case, these gifts are given for humanitarian reasons and are legally called ‘Donativo’ in Spanish, rather than ‘Donación’ (meaning charitable donations). For tax purposes, these charitable donations may be deducted from one’s. Spanish income tax (IRPF). Depending on the sum that was donated, between 30 and 75% of the donation can be deducted.

Do not hesitate to contact our multilingual lawyers in Marbella

Obtain more information as our firm in Spain has a specific website about litigation in Spain.

What happens when a person dies in Spain without having made a will? Welex, your lawyer in Marbella, has the pleasure to write a few lines concerning intestate succession in Spain. In these cases, in [...]

Pets as sentient beings in Spain  Today, at Welex lawyers Marbella, we talk to you about a very particular issue, a law that came into force in Spain on the 5th of January, recognising dogs [...]

Inheritance in Spain: The Executor and the Accountant Partidor.

In this Blog, our law ﬁrm in Marbella would like to talk about inheritance in Spain and the ﬁgures of the Executor and the Accountant Partidor in Spain and highlighting which are the functions that [...]