All you need to know on the VAT in Spain, (THE SPANISH I.V.A)

The VAT in Spain. When you have an activity or business in Spain, you will be subject with great certainty to one of the most complex tax there is in the Spanish tax system. 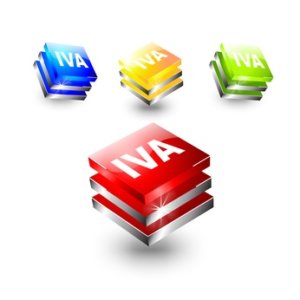 The Spanish VAT is a tax that was introduced in the Spanish tax system by the left socialist workers party (Partido Socialista Obrero Español of the Spanish PSOE). It was created in 1986 when the Spanish market needed to adapt to the ones of the European Union.

The creation of the VAT in Spain meant an increase in tax revenues and made it easier to abolish border controls within the European Union.

The tax rates of VAT in Spain are as follows:

Who is exempt from paying VAT in Spain?

It is possible not to be subject to this tax? Not even businessmen who are subject to the Regime of Additional VAT may forget to pay the VAT.  But they do so by direct application of the Special VAT-system.

Normally a retailer must pay a higher VAT than the normal one but in exchange they do not have the obligation to present tax returns on VAT to the Spanish Tax Office.

Retailers, who are subject to this special system of VAT, are not obliged to keep their invoices or to have bookkeeping on VAT. In other words, they have a simplified system to manage VAT.

Yes, retailers for example but only the ones that act as natural persons and are included in the special system of additional VAT.

In short, only natural persons that do not intervene in the production process and of which 80% of their sales go to the final consumer and whose Business Activity Code allow so, may be included in this system.

Retailers who are subject to the additional VAT have already paid previously to the supplier a special surplus for their purchases.

Even though this was only a small introduction in the Value Added Tax system in Spain, do not hesitate to contact our law fir, and team of economists in Spain for any legal and tax enquiries!

Related articles of Multilingual accountants in Spain of Welex: