What is the company tax and what are the tax rates in Spain?

Tax in Spain, Tax in Marbella.

In Spain, the company tax is to companies what the income tax is to individuals. This tax is currently included in Spanish legislation and it directly encumbers the income of companies and other legal entities that reside in Spanish territory. 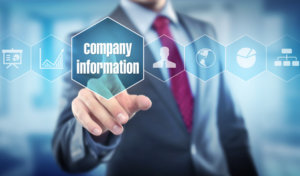 In Spain, the company tax (the Spanish Impuesto sobre Sociedades) rate for both large and small companies is 25%. However, we will state below some other rates, including the rates of 20%, 15% and 1%. As communities can make their own tax laws, some communities, such as the Basque Community (with the exception of Navarra), have a fixed corporate rate of 28%.

This tax is one of the most important taxes for self-employed individuals who have companies, as well as for normally limited and single shareholder companies. Since 2016, civil companies have also been obliged to pay this tax.

This type of taxation may be laborious, as companies are obliged to keep records to an accountancy. However, our advisors are at your disposal in order to help you to carry out these formalities correctly.

With regard to tax rates, here are some of the most common ones:

The Spanish legislation sets forth that specific, special entities have different tax rates than other entities.

Do you have a company in Spain and need an expert accountant who speaks your own language? Do you wish to start a new economic activity in Spain? Do you need to know more about the corporate tax in Spain? If so, please do not hesitate to contact our law firm of tax advisors and accountants in Marbella. We render services regarding taxes, legal issues and corporate accountancy for all of Spain.