Tourism and the property market around Marbella 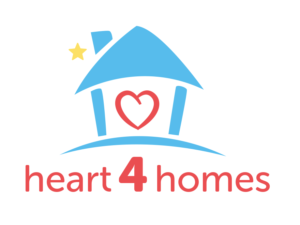 Toon Roijers from Heart 4 Homes is professionally involved with the Costa del Sol Real Estate Market. In the Netherlands, Toon worked for years as a solicitor and certified FRICS realtor-appraiser in the Property Market.
Toon is happy to share his knowledge of the Spanish Real Estate Market with Welex.

Tourism and the property market around Marbella

Toon sees a clear connection between tourism and the property market in Spain. In 2016 over 75 million tourists visited Spain. This is an increase of 10% over the previous year. An increase that is partly due to disturbances in other holiday destinations such as Turkey and Tunisia. According to Toon, a higher volume of tourists precedes an increase in the property sales.

In 2016, a total of 6,275 homes were sold in the Benahavis, Estepona and Marbella triangle (respectively 625, 2,100 and 4,000). Approximately 200,000 homes are estimated to be on sale along the whole of the Costa del Sol. Last year in the province of Málaga 9,336 properties were sold to foreigners. Add a few percentages of Spanish owners and the result is that less than 10% of all properties get sold. Based on these statistics, selling a property at the Costa del Sol is quite a challenge. Especially now that people are mainly looking for newly built homes or renovated properties at top locations.

Due to the increase in the amount of tourists and the good occupation rate of the most expensive hotels at the Costa del Sol, Toon is expecting that more homes are to be sold in the 4 million plus euro-range. In previous years about 70 to 100 homes in that range were sold. Last year there were far fewer sales, with only 25 to 30 homes sold. The demand for homes for up to a million euros is still the biggest. Even so, the experts still consider it to be a healthy, stable market with a steady increase in prices.

Toon has the gift to perceive the energy of people and objects. He almost possesses a sixth sense. Little by little he has become more in touch with ‘the spiritual’, something he refers to as ‘a non-touchable reality’. Through study and experience, Toon has reinforced his abilities, so he can apply them to his job as well. With Heart 4 Homes, Toon helps buyers find a home that not only fulfils their practical requirements, but also suits them best energetically. (Heart4Homes.net).
The above mentioned has been produced by https://www.heart4homes.net/en/ . Do not hesitate to contact them by email [email protected] Telf: + 34 617 778 227 en +31 653 99 66 17

24, 08, 2017|Tourism and Culture in Spain|
facebooktwitterlinkedinpinterest