Tourism in Ronda, one of the oldest cities in Spain

In the heart of the mountain range that bears its name and surrounded by mountains, Ronda stands as one of the most charming villages in the province of Malaga. Its valleys and rural houses make it one of the main tourist attractions (it is the third most visited destination in Andalusia). There are many places to visit and discover in Ronda.

We start with the most famous and large monument of Ronda, the Tajo. This huge bridge with more than 100 meters of height took more than 40 years to be built and joins the old area with the new one. From the Tajo you can see some spectacular views, and you can make a small route that runs along the Way of the Mills.

Ronda is also known as the cradle of bullfighting. The bullring of the Real Maestranza is one of the oldest and most picturesque in Spain. It was built in 1785 by the architect José Martín de Aldehuela, the same architect who built the Puente Nuevo. It has a capacity to accommodate 5000 visitors. There is also a Bullfighting Museum, where you can see costumes of some famous bullfighters and all that is related to the world of its protagonist, the bull. 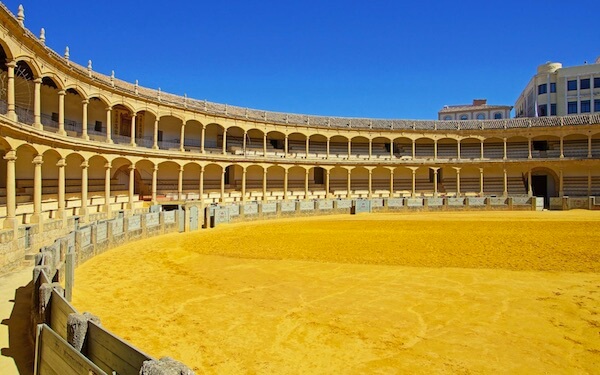 It is one of the most significant monuments in Ronda. According to the legend it was the residence of the King Abbel Malik, son of the Sultan of Morocco Abul Asan. It was during the Christian era when the most important works of this palace were executed and it was also the residence of the Queen Isabel and King Fernando. Its patio which is situated closest to the Tajo that gives access to the garden is very original and has a triple arcade with brick arches. The palace hosts the municipal museum dedicated to the history of Ronda, with Roman and Arab tombs. Their gardens are exceptional. 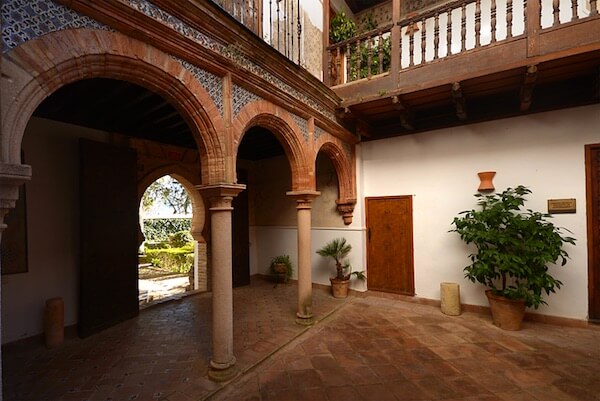 It is one of the most popular and visited viewpoints in the city and there is a good reason for it. The viewpoint has some “balconies” from where tourists can lean out and enjoy panoramic views of the Ronda countryside.

From the viewpoint of Aldehuela you will enjoy views as magnificent as those offered by most of the rural houses in the Serranía de Ronda.

The viewpoint has been named in honour of the architect José Martín de Aldehuela, the same architect who built the bullring, the Puente Nuevo and finished the cathedral of Malaga, among other projects.

Another of the monuments that is indispensable to visit are The Arab baths of Ronda, the best preserved ones of Spain. They were built at the end of the 13th century during the reign of King Abomelik. The boiler used to heat the water is still visible and kept in good condition. The bathrooms are located in the old Arab quarter of the city, known as the San Miguel neighborhood.

The Plaza del Socorro is another of the places to have a nice stroll in Ronda. With a decorated fountain, it is one of the busiest areas and the perfect place to take a drink on one of its terraces. You will also find the Church Iglesia del Socorro, rebuilt after the civil war and the circle of Artists, monument of modernist architecture.

Ronda’s museum offer is very extensive and there are several museums to visit. From the Ronda Museum, located in the Mondragón Palace of Muslim origin.

The Bandolero Museum, where you can take a tour throuhg the history of banditry in the Ronda mountain range during the nineteenth century, its origins, its social aspects, its protagonists and its most romantic side. Documents, clothing, weapons, the bandit museum is an exciting journey through time.

This blog has been published by Welex, its lawyer and economist in Marbella, Malaga.

At “Welex” we provide legal, labour-related, tax and accounting advice, in order to offer legal security to our clients, from our experience and professionalism. We are a group of lawyers, economists, accountants and social graduates prepared to solve your doubts and defend your interests.

23, 08, 2017|Tourism and Culture in Spain|
facebooktwitterlinkedinpinterest