Welex, your expert property lawyer in Marbella, has the pleasure to write some lines with regards to the Spanish law of urgent measurements for the environmental and territorial adequacy of irregular buildings in Andalucía, Spain.

On September 24, 2019, the Junta de Andalucía approved a Decree Law on Urgent Measures for the Environmental and Territorial Adaptation of Irregular Buildings. 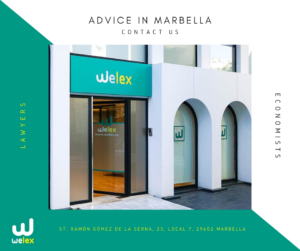 We find a new Decree that will revoke, among other regulations, the Spanish Decree 2/2012, of January 10, which regulated the regime of existing buildings and settlements on undeveloped land of the Autonomous Community of Andalusia, because according to the background of the new Decree “the current regulation in the Andalusian legal system on this matter is extraordinarily messy and complex, which creates a scenario of uncertainty and legal insecurity.”

Indeed, Decree 2/2012 turned out to be of difficult practical application, since the municipalities were not able to determine whether irregular properties located in their territory could be considered “assimilated to out of planning.”

The new Spanish Decree, according to its own statement of reasons or background, will have an absolutely provisional character “until the new law on urban planning and land in Andalusia is approved”. Do not hesitate to contact one of our multilingual property lawyers in Marbella now for any legal question!