Summary of the practical case of family law in Spain 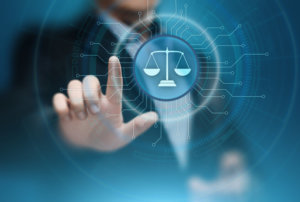 Summary of the practical case of family law in Spain.

In this case, we are presented with a court ruling appealed claiming to the paternal and maternal grandparents (ascendants according to article 142 and 143 of the Spanish Civil Code), alimony and extraordinary expenses, in order to be satisfied to their granddaughter, being accredited the situation of need of who receives them and the capacity and means of the alimony payer.

The issues related to the claim of alimony and extraordinary expenses are set forth, as well as the moment in which said alimony must be satisfied and updated.

With regard to said alimony referred to in article 142, these are set out in the legal concept of alimony established in this article. In the appeal, the extraordinary expenses and the time of payment of said alimony are claimed. That is, since the moment the claim has been filed and later in cassation. It is estimated to include the extraordinary expenses as a claimable item against the ascendants, rejecting this claim in first, second instance and, ultimately, in cassation.

Litigious issue of this case study of family law in Spain

A claim is filed to claim alimony using the representation of the minor daughter against the paternal and maternal grandparents requesting the intervention of the public prosecutor and alleging the facts and legal grounds considered applicable.

After the celebration of the same, on May 27, 2014 a court ruling has been passed partially upholding the claim made by the mother on behalf of the daughter, acting the mother in turn on behalf of the youngest daughter, Mrs. Isidora, declaring the right to receive alimony from their maternal and paternal grandparents and condemning the payment of alimony in the sum of 250€ per month. The paternal grandparents had to satisfy the sum of 135€, who were initially claimed to pay 345€, and the maternal grandparents had to pay the sum of 115€, with the increases of the CPI, without special pronouncement regarding payment of costs, each one satisfying their own and the common ones by half.

An appeal was lodged that was heard at the provincial court in Gijón, and court ruling was passed on January 28, 2015, revoking the court ruling. This new court ruling passed by the provincial court states that “the defendants are condemned to pay fixed allowances in the appealed court ruling since the moment that claim had been filed and within the first five days of each month, “without imposing any costs. An appeal was filed in cassation against this ruling for breach of the applicable rules and principles to resolve the issues that are the subject of the proceeding, undue application of the child’s protection interest, articles 142, 143, 144, 145, 146 of the Spanish Civil Code, the corresponding articles of the Spanish constitution, of the declaration of the children’s rights and of the law of legal protection of the minor.

This claim is passed to the public prosecutor’s office in order for them to answer in 20 days, and since the parties have not requested the hearing, it is not agreed and it is directly resolved.

The court of cassation analyzes, previously, a court ruling related to the custody and alimony, in which the custody was attributed to the mother and the father was obliged to pay in concept of alimony 250€ per month to his daughter. Subsequently, there is a procedure for modifying measures by virtue of which paternal-filial communications are suspended, communications that are subsequently re-established. The father has not paid any amount, the mother having urged certain judicial proceedings, both in civil and criminal jurisdiction. The plaintiff receives € 357.70 per month for a permanent disability allowance. Taking into account the circumstances of the minor and the representative, she takes action against the paternal and maternal grandparents, and the maternal grandparents agree to pay the alimony, although limited to 80€ or 90€ per month. The paternal grandparents, on the other hand, refuse to claim to be correct, alleging lack of passive legitimacy, since the father of the minor was obliged to pay them, adding that in any case they lack economic means, given their circumstances.

Comments regarding the subject and legal reasoning of this case study of family law in Spain.

We understand that the appellant tries to make an analogical interpretation of the rule related to establishing the obligation of payment of alimony to the grandparents as well as the extraordinary expenses in accordance with article 142 in relation to article 93. In this sense, we must say that article 142 establishes a general assumption, while article 93 establishes an assumption regarding a specific fact, applying this assumption de facto to a group of people different from those indicated in article 143 for the general alimony obligation. Alimony in the broad sense of the word is conferred both for descendants and ascendants, which are reciprocal alimony payers and receivers. Regarding the alimony between collateral relatives, these only need to help where necessary.

In the present case, we are talking about a special case that regulates the maintenance paid by one of the parents, in relation to article 93, establishing, therefore, a limitation as regards to extraordinary expenses that do not have legal coverage in the concept of alimony of article 142 neither as alimony in the broad sense of the word neither in the strict sense. Therefore, this configure the limitation of this claim to the parents and the scope and content of the right of alimony.

This blog has been written by Mr Rafael Andrades Márquez, a lawyer specialized in family law matters.

Would you like more information about a specific issue of family law in Spain? Do not hesitate to contact Welex, your lawyer and economist under one roof. Our law firm in Marbella is at your disposal for any matter relating to family law in Marbella, Malaga, Spain.