Usufruct in Spain in favour of a legal person

Multilingual Tax law firm in Marbella has the pleasure to disclose all you need to know on a Usufruct in Spain in favour of a legal person (company). 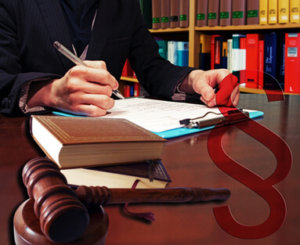 The legal form of the usufruct in Spain constituted on behalf of a legal person (for example a limited company, of everyday life and mercantile use of the day to day) is not included in our legislation expressly.

We will try to briefly describe the characteristics of this legal figure.

Article 515 of the Spanish Civil Code states us, with its own old rhetoric of the century in which it was written, the following:

From the above mentioned article, we can draw the following conclusions:

– That it is indeed possible to set up a usufruct in Spain in favour of a legal person. The Spanish Civil Code refers to “town”, corporation (associations, foundations …) or company (anonymous, limited …)

– That this Spanish usufruct will be temporary. This rule is mandatory, that is to say, there is no freedom of agreement between the parties to delimit this assumption of usufruct.

– If the legal entity is extinguished before these 30 years, the usufruct will be extinguished with the extinction of the same.

– Thus, the temporary Spanish usufruct shall be calculated by multiplying the total value of the good or right on which the usufruct is constituted for a percentage of 2% for each year of the usufruct, not exceeding 70%.

– Accordingly to this, the value of the usufruct in Spain will never exceed 60% of the total value of the good or right on which it is constituted, since this would be the cap corresponding to temporary usufruct of 30 years.

Imagine that we want to buy a Spanish property valued at 100,000.00 euros. And we wish to set up a usufruct in favour of a Foundation for the protection of the Iberian Lynx (for example) for a maximum duration of 30 years. Let us calculate the value of the temporal usufruct and of the bare ownership:

Temporary usufruct in favor of foundation, for 30 years:

After these curiosities about the temporary usufruct in favour of legal persons, do not hesitate to contact our law firm in Marbella, Málaga, Spain, to resolve any doubts you have on this matter or any other.

13, 11, 2017|Others, Property in Spain|
facebooktwitterlinkedinpinterest