Criticisms of the so-called Tobin tax rate in Spain.

Criticisms of the so-called Tobin tax rate in Spain. 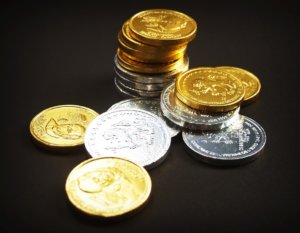 Welex, your multilingual tax advisor in Marbella is pleased to write a few lines about the new tax created in Spain. It is the tax on financial transactions that has been misnamed as the famous Tobin Tax.

The tax on financial transactions in Spain aims to tax the purchase and sale of shares in companies in Spain with a capital of more than 1 billion euros.

The implementation of this tax on financial transactions in Spain will mean an increase in financial costs and therefore reduce the profits of companies and individuals who buy and sell shares in the secondary market in Spain.

Definition of Rate in Spain

Definition of Tax in Spain

A tax is a tribute paid to the state or autonomous communities to support public expenses.

The new tax on financial transactions in Spain has nothing to do with the original idea called the Tobin Rate.

The original idea of Tobin Rate in Spain.

The original idea for this rate was established by a U.S. economist named Tobin, who won the Nobel Prize in economics in 1981. The Tobin rate is known as the F.T.T. (Financial Transaction Tax). And the original idea was to penalise currency exchange transactions. It was therefore a tax and not a rate.

How is the tax on financial transactions calculated in Spain?

This tax will be levied on 0.2% of the purchase and sale operations of only the shares of Spanish companies that exceed 1 billion euros. In order to know exactly which companies they are, it will be necessary to follow the corresponding publication of the Tax Office that will be carried out before December 31st of each year.

Do you need a tax advisor in Spain? You need an economist to prepare your tax returns in Spain. Welex advises both natural and legal persons, residents and non-residents in Spain.

Although we are lawyers and accountants with office in Marbella, the heart of the Costa del Sol, we provide services throughout the whole of Spain.