Welex, your law firm and team of economists in Spain, is pleased to introduce you to the Royal Decree 687/2005 (known as the Beckham Law). This legislation states that a natural person, who meets a series of requirements, can be taxed by the non-resident income tax (I.R.N.R) although he or she works in Spain. 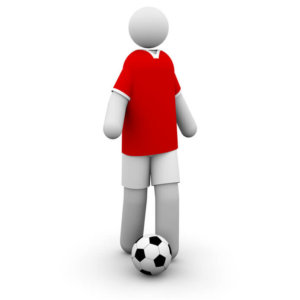 How to qualify for this special tax regime

In order to qualify for this tax regime, you must comply with Order 848 of March 24, 2008, in which the fiscal declaration Model 150 was approved. Model 150 is the income tax declaration form for natural persons who are expecting to live in Spain and are offered an employment contract under the general regime while working for others. In Order 848, Model 149 was also approved, stating that the desire to pay under a special tax regime must be explicitly communicated.

What is the deadline to submit Form 150 in Spain?

According to Article 3 of Order 848, the period to present the income tax for natural persons of the special regime (applicable to employees detached to the Spanish territory) will be the same as the period approved each year for the declaration of income tax by natural persons.

Present requirements for the Beckham Law

To opt into the Beckham Law, you must meet several conditions:

Considering these requirements, does the Beckham Law apply to you?

Beware of Article 6.4 of the Spanish civil code that states, “Acts performed under the text of a rule that pursue a result prohibited by the legal system, or contrary to it, shall be considered executed in fraud of law and shall not prevent the proper application of the rule that would have tried to be avoided.”

Welex is a group of lawyers, economists, accountants and social graduates prepared to answer your questions and defend your interests. At Welex, we provide legal, labour, tax and accounting advice to our clients based on our professional experience. Do not hesitate to contact our law firm for advice on any legal issue, or our team of economists for any tax consultation. We are located in Marbella, the heart of the Costa del Sol.

Welex, your motivated accountant in Marbella08