When an appointment to director of a company in Spain is made for a specific timeframe, and the position expires after the general meeting of the board has been held or the deadline for the conclusion of the meeting has to resolve on the approval of the accounts from the previous exercise. 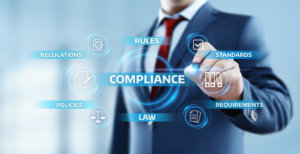 A director of a company in Spain has the right to resign from his or her position at any time, without any limitations. For a resignation to be registered, the director must write a letter of resignation from the position. All shareholders must be notified of the resignation. The minutes of the general meeting at which the director resigned can also be certified, with the signatures legitimated by a notary. The resignation is valid once it is brought to the knowledge of the company.

However, if the individual is the company’s sole director, he or she must convene a meeting prior to or at the same time as his or her dismissal to decide on the appointment of his or her successor. It is not necessary to prove that the appointment has been approved.

If there are multiple directors, any of the directors who remain could make the decision. Thus, the resignation will be valid even if it causes the number of directors to fall below the legal minimum, since the remaining director or directors can always call for a meeting.

Do not hesitate to contact Welex Law Firm in Marbella. Our multilingual lawyers and accountants will be glad to provide you with more information about directors of Spanish companies.