Once again, tax increases are implemented in Spain, eliminating the 100% bonuses of the wealth tax. 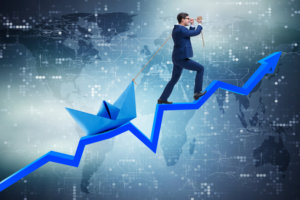 Although we said goodbye to the wealth tax in Andalusia this year (see our April post), according to Law 6/2018 of July 3 in the 2018 General State Budget, the wealth tax will be renewed this year to help reduce the public deficit.

According to Article 73, the wealth tax was modified in the fiscal year 2018.

The second section of Royal Decree-Law 13/2011 took effect on January 1, 2018, and is indefinitely valid. This section reinstates the wealth tax on a temporary basis: “With effect from January 1, 2019, the following amendments are introduced in Act 19/1991, of June 6, regarding the wealth tax: 1. Article 33 is modified, which is drafted in the following way: ‘Article 33. A 100% bonus shall be applied on the full sum to be paid of the tax for the taxpayers that are due to contribute due to personal or real obligation.’”

Conclusion regarding the wealth tax in Spain.

The validity of the wealth tax for 2018 is maintained, and the 100% bonus will be implemented next year. However, this bonus remains in effect only in the Community of Madrid.

What is the scale of the wealth tax in Andalusia?

In the Autonomous Community of Andalusia, the tax rate is calculated using the following scale.

Do not hesitate to contact our tax advisers with any questions about the wealth tax in Spain. We will be happy to assist you.