The irregular company in Spain is defined as a Spanish company whose members have opted not to register the company in the Mercantile Registry.

This distinction, however, is reflected in capitalist, non-personalist companies. There is some doctrinal unanimity, which says that the contract is valid. 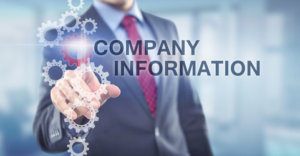 Article 117 of the Spanish Commercial Code establishes that the contract of a company that has been celebrated in compliance with the essential requirements of the law will be compulsory and valid so long as the terms are not prohibited by the Commercial Code.

The partners are obligated to make their contributions. Jurisprudence is inclined to internally apply the rules of the community of assets, as established in Article 1669 of the Civil Code.

The problem arises in the external aspect (i.e., if the irregular society has or not legal personality).

a) According to traditional doctrine, it has no legality based on Article 116.2 of the Commercial Code, which establishes that the company must have legality in all its contracts and acts once constituted, and—if it has not been registered as established in Article 119.1 of the Code of Commerce—the company would not be constituted according to law.

There would be two consequences to the company:
1. The nullification of all contracts entered into by the company with third parties, and
2. The substitute responsibility of the managers.

b) The current position of doctrine and jurisprudence may be summarized in 3 basic points:

1. Full recognition of irregular legal status. Registry advertising is not precise for the acquisition of legality in general, but is for the adoption of a social form regulated in the Commercial Code.

3. The responsibility of the managers under Article 120 of the Spanish Commercial Code is to be understood as a plus: an additional and non-substitute responsibility besides the one that falls on the society and the partners.

In conclusion, the irregular society has legality and, against third parties, the differences are reduced to two:
– Unenforceability of social pacts, and
– Additional joint liability of the administrators.

Do not hesitate to contact our team of lawyers in Marbella if you have any enquiries regarding companies. Welex—Your efficient leading multilingual law firm in Marbella.