In Spain, the Provincial Court is competent to prosecute and rule on criminal acts committed and investigated in the courts of its province by Welex, your criminal defence lawyers in Marbella 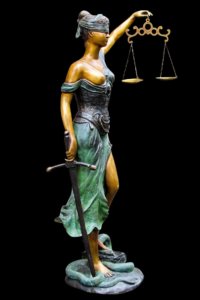 Continuing with the bodies called upon to prosecute and rule on cases, the Provincial Court is competent to prosecute and rule on criminal acts committed and investigated in the courts of its district, and for which the penalty does not correspond to the criminal courts, the treatment of which we discussed in the previous entry of this blog. This jurisdiction may be assigned to the criminal division of the High Court of Justice or the National Court, depending on the case.

The courts of violence against women in Spain will have jurisdiction over the following matters:

2° Of the instruction of the processes to demand criminal responsibility for any crime against family rights and duties, when the victim is one of the persons indicated as such in the previous letter

3º The adoption of the corresponding orders of protection for the victims, without prejudice to the jurisdictions attributed to the Judge on duty.

When the acts are committed by a legal person, the penalty that could correspond to the commission of the same act by a natural person shall be taken into account for the attribution of jurisdiction to the aforementioned bodies.

In the previous entries we have been developing the regulation of the criminal law regarding jurisdiction. However, we must point out that the study of jurisdiction is not limited to the above rules, but that we find jurisdiction rules at the national level in other rules such as the law that regulates the institution of the jury, Organic Law 5/1995, of May 22, on the Jury Court; Law regulating the criminal liability of minors under 18 years of age, Organic Law 5/2000, of January 12, regulating the criminal liability of minors; rules relating to charters, as well as the provisions of the LOPJ and the Law on Judicial Demarcation and Plant, as well as the rules of distribution approved by the board of judges. In addition to the above, we will have to resort to international regulations and international conventions to determine the jurisdiction of supranational courts and the competence in matters of crimes committed abroad.

All of the above makes this subject matter highly technical, in which the assistance of qualified professionals is essential for the actions derived from the criminal act to proceed.

In the last entry of this blog we will address the so-called forum comissi delicti to attribute the investigation and prosecution to the bodies described.

Welex is a criminal defence lawyers in Marbella. We have a successful track record of defending criminal cases. Our Fame obtained by the best way, WINNING. Guarantee of Honesty. Great experience in serious cases.