Litigation lawyer in Marbella, specialized in Community of owners in Spain has the pleasure to write some lines with regards to the modification of Spanish Law 49/1960, of July 21st, on horizontal property in Spain 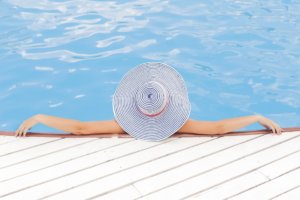 Community of owners in Spain

Welex, your litigation law firm in Marbella has the pleasure to inform you on the obligations of communities of owners in Spain to assume accessibility works in order to be able to enjoy all common areas.

Enjoy the common areas and require the community of owners to make them accessible.

The obligation of the owners to subscribe and provide funds to the Spanish community of owners has been configured as one of the obligations set forth in Article 9 of the Spanish Law on Horizontal Property.

The Legislator designates with this modification the reserve fund as a guarantee of solvency of the communities of owners in Spain, having varied, since its creation, the amount and purpose thereof, obligations can be set that have to be paid by this reserve fund.

Thus, the regulation established in the Horizontal Property Law in Spain by virtue of the modification of April 8, 1999 introduced this reserve fund in its article 9, which established the obligation of the owners of the Spanish Community of Owners to contribute according to their respective community fees to the endowment of the reserve fund that exists in the community, with the purpose of attending conservation and repair works of the urbanization. The reserve fund, whose ownership corresponds to the community of owners in Spain, should be endowed with an amount not less than 5% of the last budget, the Community being able with such funds to undertake an insurance contract covering the damages of the urbanization, or conclude a contract of maintenance of the property or its general elements. The Legislator thus intended to include within this purpose of the reserve fund the obligation by the owners to contribute to the maintenance of the common elements by individualizing the contribution through their fees.

The modification operated by the Spanish Law of June 27, 2013 introduces the purpose of rehabilitation of the property charged to the reserve fund, maintaining the same minimum of 5%, minimum that will be increased by virtue of the modification settled in the Royal Decree – Law 21/2018, of December 14, of urgent measures in the matter of housing and leases, that raised it to 10% in order to be able to cover the works indicated in article 10.1.B, to which we will refer later. Likewise, due to an omission of the Legislator, he has forgotten about the purpose of rehabilitation introduced in 2013, disregarding the endowment of funds for that purpose. Despite this, the omission had no special significance, given that the aforementioned rule was not validated by the Congress of Deputies, returning to the drafting of 2013.

A new attempt by the Government to approve the aforementioned modification, this time with success, was made on March 5, 2019, coming into force the next day, and included conservation, repair, rehabilitation, as well as those indicated in the aforementioned Article 10.1.b with the increase in the reserve fund allocation of 5%, definitively setting it at 10%. The last ratio of this modification is based on the Legislator’s claim to make real estate accessible to citizens.

Having increased the endowment of the reserve fund, works that suppose a reasonable adjustment for accessibility to all residentes and, in any case, those for owners with a disability or over 70 years, must be paid by the reserve funds with the resulting limit of the following formula:

In this way, the community of owners in Spain must undertake such modifications, even if they involve statutory modifications, provided that the net amount is less than 12 monthly payments of ordinary expenses. However, this limitation can be surpassed if the owner assumes the difference regarding the previous limit.

Once the foregoing is established, the legislative modification imposes the obligation, exceeding the limits indicated, when the community can access public aid that accounts for 75% of the accessibility works.

These measures are adopted with the aim of approaching special protection for the enjoyment of the rights of Title I of our constitution to persons with disabilities, as ordered by article 49 of the Spanish constitution. Thus, it will be necessary to look into each specific case for the realization of this right in protection of the rights of persons with disabilities.

President of the Community of Owners in Spain: requirements and obligations | WELEX

There is a possibility that there are communities in which all neighbors wish to hold the position of President of the Community of Owners in Spain because of the belief that this is thus given the power to control the Community at will. However, the general tonic in the Owners’ Communities in Spain is that no one wants to accept this position.

Before entering to assess the requirements that we must meet to establish a community of owners in Spain, please let us inform our readers about what it is understood by a community of owners. In this way, we turn to our common law, the Spanish Civil Code, where article 392 literally tells us the following:

Spanish Declaration of new building by antiquity character: enforceability or not of certification of the Town Hall about the special nature of the land where it is located.

Change of the urban lease law in Spain