Do you have a ‘squatter’ in your home in Spain? Then take into account the reform in law 5/2018 in relation to the process of eviction for non-payment. This blog is written by Welex, litigation lawyers in Marbella, Málaga, Spain. 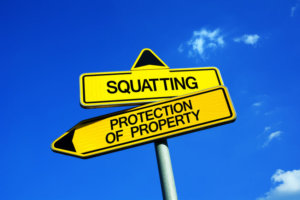 The procedure of eviction for non-payment in Spain , which was already established in nineteenth-century regulation in the law of civil procedure of 1881, provides for a procedure to evict the person who was in situation or under the condition of tenant at sufferance (Article 1565 LECA).

By way of illustration, the Spanish Supreme Court has defined the legal concept of occupancy without a lease because there was no legal definition (STS judgments of April 13, 2011 and June 13, 2006), stating the following:

Even though the legal concept of occupancy without a lease lacks a legally established definition, the jurisprudence has been shaping it, until it crystallized as the occupation of a third-party property without a title, or by virtue of a null and void title or a title that has lost its validity, that is, without being caused by income or any other consideration, or any other reason than the mere condescension or generosity of the owner, of whose will the ending of his own tolerance depends, for which he must, upon deriving from the claim, prove a sufficient title to legitimize his action, while the defendant tenant as sufferance is responsible for demonstrating the possession of a title that links him to the object or the plaintiff, thus justifying in this way the fact that he can stay in the property.

Thus, we understand the tenant at sufferance as the person who lacks a title for the occupancy of the property, either because it was destroyed or because he or she never held it, showing that this type of possession is the graceful, ignored or even non-allowed possession of the proprietary ownership or of that person holding any right to the same that does not affect the possession of article 444 of the Spanish Civil Code (STS October 22, 1987; October 30, 1986 amongst others).

The aforementioned procedure has also been accepted in the regulation of the current civil procedural law 1/2000 of January 7th, which established its regulation by the proceedings of the summary trial to produce the immediate availability of the property to whom has a title or better right against those who de facto have occupied the property, limiting the reasons for attack and means of defence whereby the court ruling that is passed does not become definitive.

However, the reality of the courts and tribunals is the impossibility of streamlining a procedure whose ultimate purpose is the eviction without comprising the procedural guarantees, and this affects a significant element because habitual residence made this eviction procedure for occupancy without a lease, which is generally slow and expensive. All this has led to lawyers using the alternative treatment of eviction through the filing of a complaint to classify it as a criminal offense, trying to make it more effective because of the quickness and responsiveness (at least as intended by the legislator) of the criminal process because of the type of the procedure and the legal rights at stake, as well as the thought that under the threat of punitive reproach, the occupant would opt for voluntarily abandoning the property.

Given the inefficiency and slowness of a judicial response, as well as the need and circumstances that have arisen in Spanish society after its pressing economic crisis, a merited law that confers a vacatio legis until its entry is in force until October 15th, 2018.

This is how the reform confers the communication to the public services that are competent in matters of social policy to assess their intervention, provided that consent has been granted by the interested parties.

Regarding the purpose of the procedure, number 4 in section 1 of article 250 extends the active legitimation to natural persons who own or have the right to own the property without the need to hold a title deed, as well as to non-profit organisations that have the right to possess said properties or to public entities with the same right. Perhaps, this should have been included in articles 6 and 7 of the civil procedural law where the purposes of systematisation are covered.

Regarding the modification of article 437 in relation to article 441, article 437 highlights a situation in which before filing the claim, the plaintiff was compelled to investigate the identity of the occupants before filing the claim. Thus, the undetermined identity of the defendant at the time of being notified of the claim being would extend the claim to unidentified persons at the time of the communication act, becomes a not insignificant novelty operated by the law at issue. It needs to be noted that the prosecutor of a party can be responsible, if he or she so requests, for the execution of said act of communication, and can use the agents of the authority to do so.

Especially significant here is the requirement that is carried out together with the right of admission of the claim where, if it has been requested by the plaintiff, the occupant will be required to accredit the title that would justify said possession within a term of 5 days, and if not, a court order will be issued, ordering the immediate delivery of the property to any occupant. This ruling is not subject to an appeal.

The apparent benefits of the above do not prevent the opposition, limiting the same and given the summary nature of the procedure, against the sufficiency of the title of the plaintiff or the existence thereof in the defendant. This accreditation connects with the lack of opposition that will lead to the issuance of a decision agreeing to the delivery without a waiting period to urge the execution, if this has not already occurred, or confirming the same in the contrary case.

At first, it seems that the tendency of the legislator is aimed at hastening the eviction from the property, speeding up and making the process more flexible and completing the constitution of the legal procedural relationship a posteriori.

However, the foregoing, despite the its apparent benefits, the legislative reform is not, to our knowledge, exempt from problems. Thus, an extension of the demand to the rest of the occupants of the property, even without proof of the identity of the same in the act of notification, may raise problems regarding the right to a process, with all the guarantees protected in article 24 of the Spanish Constitution, affecting the procedural principles of hearings, contradiction and equality of procedural means. This problem increases with infrequent changes of occupants during the process.

Within the first five days, the celerity in the eviction is increased if the defendant does not appear with a title that justifies that the occupation is diluted in its relation with the system on obligations and contracts of civil law. Taking into account that the reform requires a title that justifies the occupation of the property, being able to take any forms admitted in law.

Finally, it does not seem reasonable that the article related to eviction for lack of presentation of a title does not allow one to attack the insufficiency of the title of the plaintiff, whereby it would be possible to change the property’s possession by an occupant without a lease to another without a title, resolving a posteriori the absence of the same.

All the above, at least from an a priori perspective, makes this immediate delivery difficult, which is the most important measure of this legislative reform.

The multilingual, motivated litigation lawyers of our law firm in Marbella consider that this reform is on the right track, speeding up the procedure and dejudicializing certain conducts from the criminal sphere by redirecting it to the civil one. However, we will have to await the law enter into full force to verify its usefulness, as well as the participation of public social protection services in this type of process.